When I love something, I go a bit overboard with it. Listening to audiobooks is no exceptions. Some of these were released in 2014, others not. What they all have in common is that in 2014, I've probably listened to them at least 5 times each. They make putting the laundry away bearable. They make going for a two hour walk tolerable. And they definitely make the commute on the subway more interesting.

CHECK OUT THE SCHEDULE AND DON'T FORGET TO ENTER THE GIVEAWAY AT THE BOTTOM OF THIS POST! 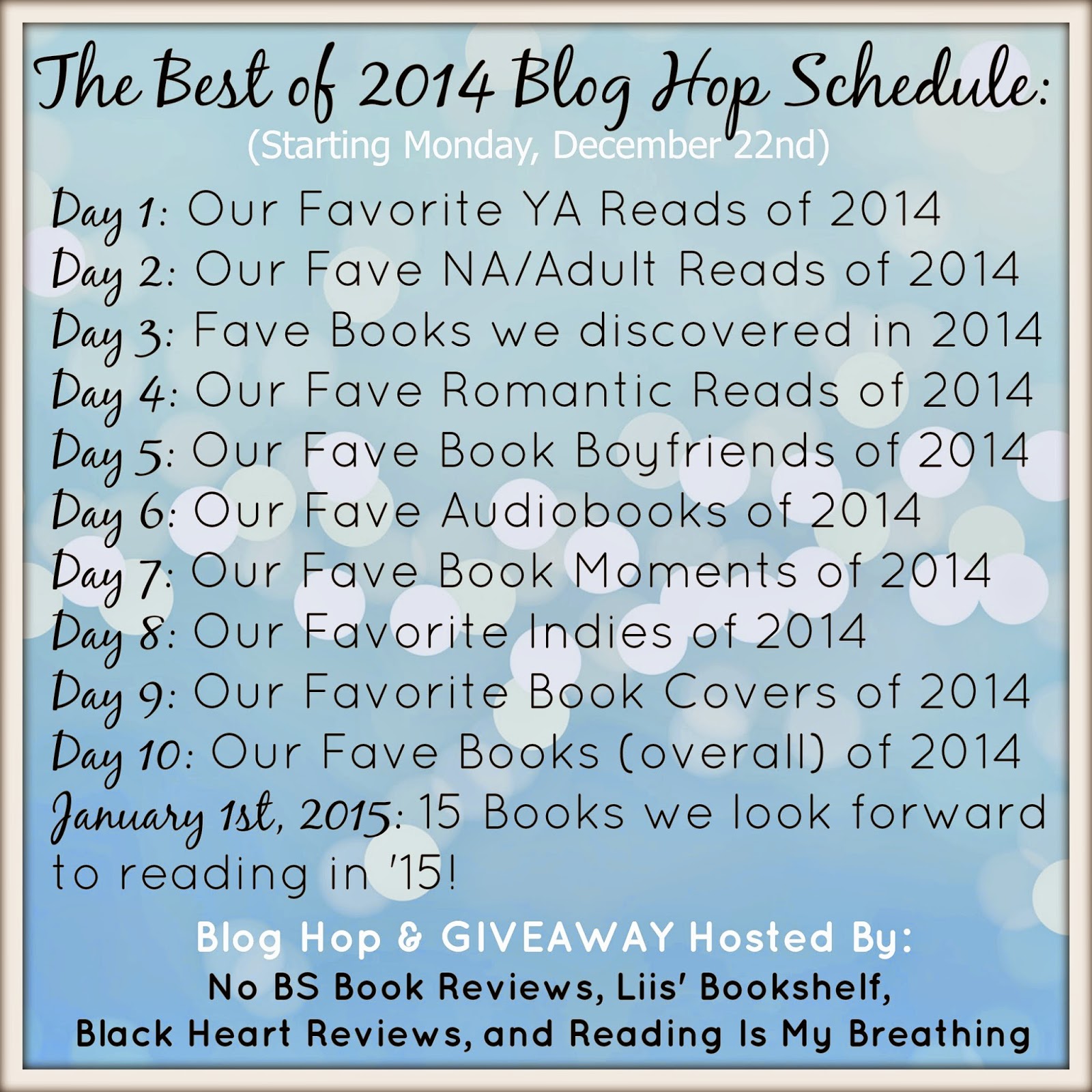 I get giddy just thinking about On Dublin Street by Samantha Young, and the KICK ASS job that Paula Costello did narrating it - for me, she is Joss and Braden. And if you think you loved Braden and wanted to do all sorts of delightful things to him before, you need to hear what he would 'sound' like. You'll become so obsessed with what Paula has done to heighten the experience of this book that you might dedicate a 100+ comment Facebook post to her awesomeness. You'll make friends just by the mere mention of Paula Costello.

But this elite club of amazing narrators also has Emma Galvin in it. The moment I hear her say 'Chapter 1 - Red Flag' I go NUTS. Beautiful Disaster by Jamie McGuire is my book. The one that I've read so many times that I need 3 paperback reading copies because they've become to tattered from being constantly opened and closed. For me, Emma is Abby. She also has the voice to pull of Travis, which makes it sooooooo much better. I ran a half-marathon to it and it felt like nothing. I've listened to this audiobook more than 30 times, and it never gets old. Unfortunately, the moment I finish it, I have this desperate need to read Beautiful Disaster again. It's unfortunate because work, family, and life are also calling my name at the same time.

Eva and Gideon are HOT on paper. Now take a narrator like Jill Redfield, who brings these two characters from Sylvia Day's Crossfire series to life, and you're pretty much guaranteed to find yourself reaching for a fan because it suddenly feels twenty degrees warmer.

I have a thing for accents. If you have one, I'll stare at you with stars in my eyes, regardless if you're male or female. I have no shame. Rebekah Ross will be in for some awkward moments if I ever meet her, because I became OBSESSED with the audiobook for Thoughtless for the sole reason of what she did with Denny. S.C. Stephens brought us Kellan Kyle (to which I'm personally very thankful for) but Ms. Ross made me think twice about Denny. I know it's hard to believe, but I'm Team Denny every time I listen to this audiobook.

I love reading, music videos, and Cadbury Mini-Eggs.
I spend more money on books than food. I dream of Belle's library from Beauty and the Beast, and there isn't a distance I wouldn't travel to meet an author.
I sacrifice sleep for a good book, and the best way to tell if I really liked one is to see how many copies of it I own.